MEMPHIS, TN - DECEMBER 10: Kevin Durant #35 of the Golden State Warriors dribbles the ball down the court during a game against the Memphis Grizzlies at the FedExForum on December 10, 2016 in Memphis, Tennessee. The Grizzlies defeated the Warriors 110-89. NOTE TO USER: User expressly acknowledges and agrees that, by downloading and or using this photograph, User is consenting to the terms and conditions of the Getty Images License Agreement. (Photo by Wesley Hitt/Getty Images) *** Local Caption *** Kevin Durant 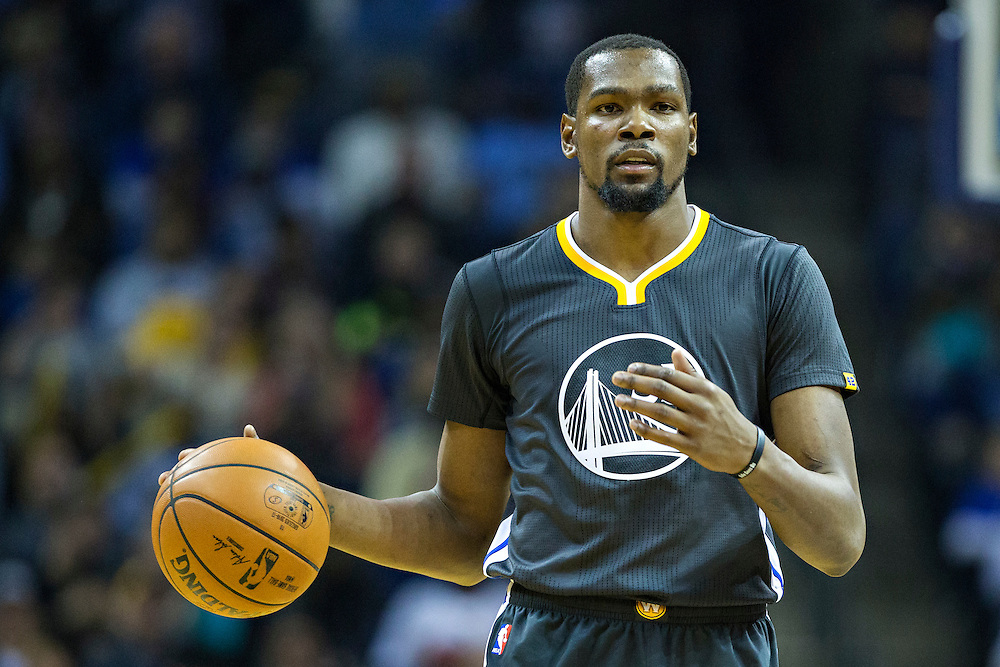