OKLAHOMA CITY, OK - APRIL 21: Russell Westbrook #0 of the Oklahoma City Thunder celebrates after making a three point shot during a game against the Portland Trail Blazers during Round One Game Three of the 2019 NBA Playoffs on April 21, 2019 at Chesapeake Energy Arena in Oklahoma City, Oklahoma NOTE TO USER: User expressly acknowledges and agrees that, by downloading and or using this photograph, User is consenting to the terms and conditions of the Getty Images License Agreement. The Trail Blazers defeated the Thunder 111-98. (Photo by Wesley Hitt/Getty Images) *** Local Caption *** Russell Westbrook 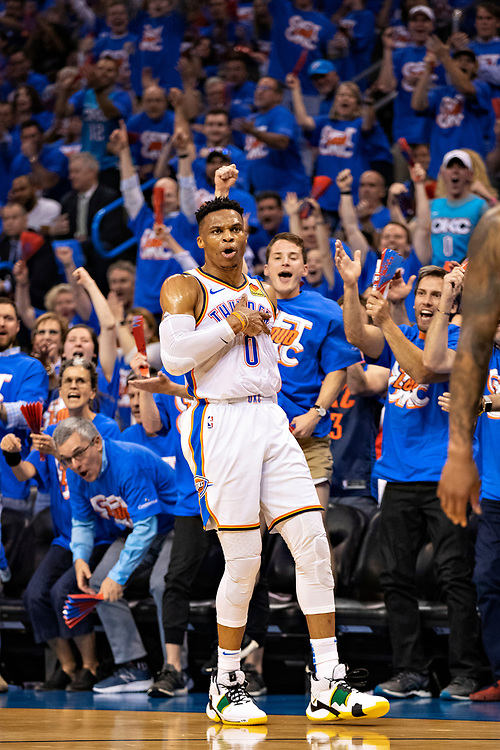